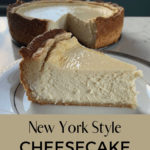 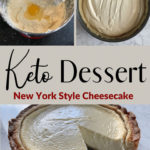 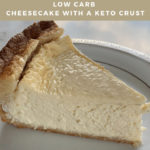 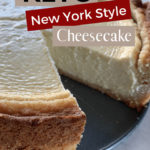 This amazing keto cheesecake with a keto crust will make you feel like you are cheating on keto with each and every bite.

There’s a Recipe for That!

I’ve been keto long enough at this point, 18 months, that the idea you must deny yourself on a low carb diet is almost laughable. I eat dessert MORE OFTEN now than I did in my pre-keto days.

As I was winning my family over to the low carb life, one recipe at a time, my husband and son would often challenge me in the kitchen to see if I could come up with a copy cat recipe of their favorite foods or drinks.

The challenges included keto versions of chips, grilled cheese sandwiches, cherry lime-aids, and cake…just to name a few. I loved the challenges because I do believe every recipe can be ketofied, once you figure out the right food swaps.

Converting a basic cheesecake recipe is super simple. For the filling, the only thing you must swap out is the sweetener because the rest of the ingredients are already keto-friendly. My preferred sweetener for cheesecake is Swerve Powdered Sweetener.

Now the crust takes a few more ingredient swaps to convert. Back in the day, I would make a cheesecake with a graham cracker crust (so good, right?!?). Unfortunately, graham crackers are filled with a big KETO NO-NO…. WHEAT!

The recipe below is as close as I’ve come to replicating that specific taste and texture.

***scroll down for printable recipe

Make the crust first. In a large bowl, mix together the almond flour, Swerve, baking powder, and salt.

Add the melted butter, egg, and vanilla extract and stir until fully combined.

Press the crust into the springform pan and partially up the sides. Set aside.

For the filling, start by creaming together cream cheese, butter, and swerve.

Beat in 3 eggs, one at a time, then add the sour cream, lemon zest and vanilla extract

Pour the cheesecake filling in the springform pan with the crust and smooth on top, maybe give it a little jiggle to settle the mixture. Bake at 300 degrees for about 90 minutes. (varies by oven) 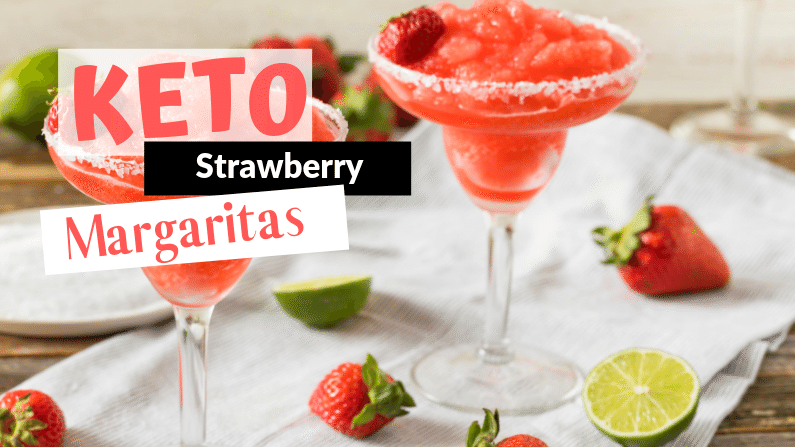 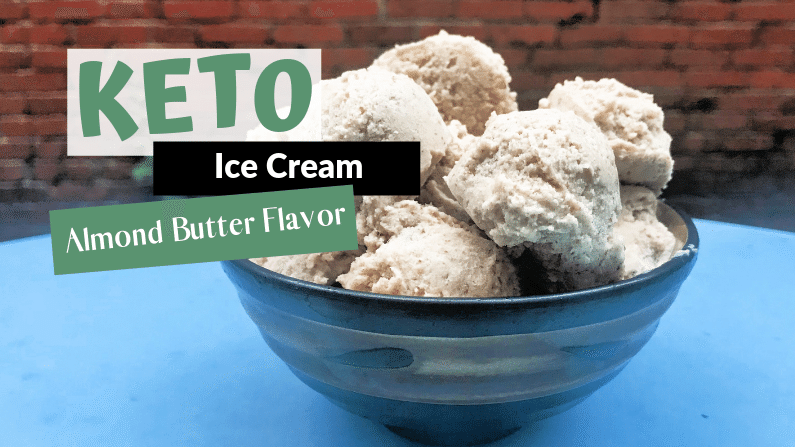 We loved it! ❤️ The crust is not like a normal cheese cake crust but definitely the best keto dessert we’ve had thus far! Rich, creamy, sweet and definitely satisfied our craving for a Sweet dessert!!!

Yay!! I'm so glad you enjoyed it! Cheesecake is my favorite dessert, which is probably why I have 4 cheesecake recipes on the blog, lol.

It’s me again... lol... I have monk fruit powdered with erythritol. Is the conversion still equal to the swerve in your recipe? Double checking because I’ve spent a lot of money on the ingredients. I’d hate to screw this up

It depends on the brand. I looked at a few different ones and some were a 1:1 ratio, and others were a 2:1 ratio. Does the package say how to measure it compared to regular sugar?

Hello. 1 more question for you. How many carbs per slice? I plan on making this today for my boyfriend. He’s been trying hard to lower his A1C because his doctors are concerned and I want to show him how good low carb desserts can taste. Thank you.

I plugged everything into CarbManager, and if you divide it into 12 slices, it's 5 Net Carbs per slice.

Can I use monk fruit sweetener instead? I have both granulated and powdered.

I haven't personally tried it, but I don't see why not :) The Swerve to Monk Fruit conversion is 1:1, so that simplifies things!